Up Close and Personal
with Gorillas in Rwanda 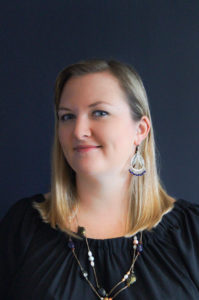 This has always been a surreal dream for me, ‘Gorillas in the Mist’ so to speak. Of course, when offered the chance to trek with Silverback Gorillas in the Volcanoes National Park in Rwanda, I jumped at the opportunity and thanked my lucky stars for “I have the best job in the world”.

After months of planning and anticipation, the day had finally arrived. I got dressed in all my gear: hiking boots, thick socks, garden gloves and gaiters, and headed out to Volcanoes National Park Headquarters, all adding to the huge excitement.

The mist was hanging over the magical, unchartered forest and the sun slowly rising. So did my forever dream come to fruition. “I’m going do it, I’m going to do it, I’m actually going to see a great silverback in its natural environment’ was playing through my head, almost uncontrollably.

Trekkers are put into groups based on their physical ability and briefed on the do’s and don’ts. The trek itself can take anything from 2 to 6 hours and even more if the gorillas move. The mythical Silverback Gorillas roam freely in the 62 square miles of rainforest in Volcanoes National Park, guarded 24 hours a day by Park Rangers who keep in touch with staff at ‘HQ’ as to their whereabouts. Yes, it is hard to believe that these big and boisterous animals are endangered and could become extinct if we don’t look after them!

A fair level of fitness is required as you are hiking in humid conditions through thick vegetation and along steep, and at times rather muddy, mountain tracks.

Our Trackers forge a pathway through the thick bush with their machetes. It is a must to stop for breaks so you don’t forget to enjoy the breath-taking scenery. It feels like this is a piece of heaven on earth – natural beauty and silence that touches your soul on a different level to anything else. All whilst you need to pay attention to not tripping over the tangled brush underfoot or a nasty stinging nettle burn, as the path is created for you in search of these mighty and rather shy animals. At one point I think to myself… ‘what did I get myself into?’.

The excitement builds as our Trackers meet up with the Park Rangers, guarding the gentle giants, now we know our gorilla family is close by. The Head Tracker turns back to our small group of 8 and puts his finger over his mouth…’ssshhh!’. We push forward, the suspense is palpable. We hear a loud crash and feel a gust of wind as we unknowingly have our first encounter, a large Silverback male runs past us through the bush at top speed. Standing upright, he is so unbelievably humanlike! His sheer size is jaw-dropping, taller than I at 5 foot 6! The nerves start to creep in. We trek on hoping to get some close-up sightings. Our 60 minutes start now…

It is astounding how fast the time can go when you are absolutely enthralled by something so magical, so primal and deeply touching the core of what you believe and feel about these animals in Africa. Lost in a cloudy dream of magical moments. A family of 13 gorillas 6 feet away from me. We get low to the ground, quietly watching as the gorillas move around us, seemingly comfortable with our presence.

The family members are various sizes and ages, interacting with each other and going about their daily activities in a naturally playful way. The larger gorillas stare me down, while the youngsters brush past me, mischievously chasing each other. I control the will to reach out and touch them. Intimidating to say the least, the chest beating display of the large male is not just for the movies.

The whole experience is truly surreal and difficult to put into words. I can only but wish this opportunity to explore the region upon you, at least once in your lifetime.

What a great day to be alive!

80 gorilla permits are available daily in Rwanda, which means only 29 200 people per annum. With a world population of 7,8 billion, that means only 0.0003% are lucky enough to experience it. I am extremely privileged to be a part of this rare group of people.

During these exceptional times of the global Covid-19 pandemic, it is very humbling to look back on this experience and realise there is so much hope for the future of travel, and amazing experiences to look forward to. The gorillas are waiting for you.

“When you realize the value of all life, you dwell less on what is past and concentrate more on the preservation of the future.”